When John Major launched the ill-fated “Back-to-Basics” campaign in 1993 he sought to recall an image of Britain:  warm beer, old 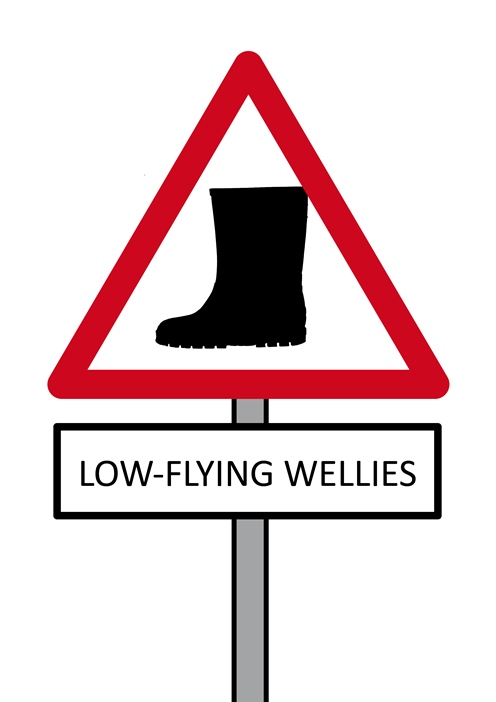 maids bicycling to church and long shadows on the cricket ground.  With the greatest respect to Sir John I would suggest he missed various other specifically British images, one of which is the noble sport of welly wanging.  I’m confident that the readers of this blog have a clear understanding of the sport, but for those who don’t I set out the rules of play from the World Welly Wanging Association:

Unfortunately it seems that rule 11 may have not been properly appreciated in one event resulting in a case management decision in  CRS Adventures Ltd v Blair Ford (2012).  The Claimant suffered catastrophic spinal injury when wanging a welly at an event organised by CRS Adventures.  The Claimant fell forwards when throwing a boot backwards between his legs.  He applied to adduce expert evidence to demonstrate various “safe” methods of throwing a welly which he suggested CRS should have advised him to adopt (I pause to note that my limited researches into the question of technique suggests that the “between the legs” throw is one of the four common methods adopted by welly wangers).

The Claimant then applied to adduce the experts’ evidence only in so far as that it showed the court the different types of throw that they had researched, but not to adduce their opinions at to the safety of each technique.  The master allowed this evidence, holding that in view of the overriding objective it would be wrong to deprive the Claimant of utilising this evidence when the Defendant would call evidence from a number of witnesses who had also utilised the same method of throw.

The Defendant appealed this decision arguing that the decision had gone back on the earlier decision and allowed the same evidence into proceedings by the back door.  McCombe J held that the court would not interfere with a case management decision as long as the master had made it on correct principles.  Any trial judge was more than capable of telling evidence of fact from evidence of opinion and as the Defendant had evidence from witness regarding the kind of throws used it was right that the Claimant was able to adduce evidence so as to create an equal footing.

What one takes from the case (other than one can find an expert to give evidence on the correct way to throw a welly) is the reaffirmation that judges have a wide discretion in making case management decisions. The court approved Walbrook Trustees (Jersey) Ltd v Fattal [2008] EWCA Civ 427 where Collins LJ observed:

“I do not need to cite authority for the obvious proposition that an appellate court should not interfere with case management decisions by a judge who has applied the correct principles and who has taken into account matters which should be taken into account and left out of account matters which are irrelevant, unless the court is satisfied that the decision is so plainly wrong that it must be regarded as outside the generous ambit of the discretion entrusted to the judge. (my emphasis).

Our clerks are currently working remotely

As we are now in lockdown again, our clerks have returned to working remotely. Our priority remains safeguarding the health and wellbeing of all our barristers, staff, clients and visitors. The majority of our Members of Chambers plus other members of staff have been working remotely since March. We remain very much open for business. Members of Chambers are appearing in court in person where instructed, and will continue to conduct hearings, conferences, meetings and mediations by telephone and various video conferencing platforms.

When getting in touch please email us in the first instance at clerks@1chancerylane.com.

Alternatively, you can find a list of the clerks’ mobile phone numbers here.

Find out more about our response to the covid-19 pandemic.