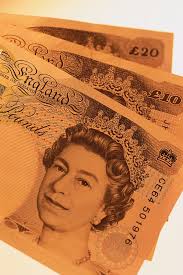 A recent decision of Mr Justice Edwards-Stuart in the Technology And Construction Court (“TCC”) in Webb Resolutions Ltd v JV Ltd t/a Shepherd Chartered Surveyors [2013] EWHC 509 (TCC) considers lawyers’ obligations when drawing up court orders. The Claimants were assignees of a centralised mortgage lender suing the Defendant surveyors in respect of three allegedly negligent loans. The issues in the current litigation include the validity of the various assignments, whether or not the lender was negligent or failed to mitigate its losses, and whether the individual valuations were made negligently. This action is one of many such claims brought by the Claimants against surveyors – e.g. Webb Resolutions v E Surv Ltd, which John Bryant considers in his posting on 7 February 2013.

At a CMC held last year, Mr Justice Edwards-Stuart directed that the issues of the validity of the assignments and the lender’s negligence should be tried first and the issue as to the individual valuations be tried separately. He limited disclosure and the exchange of witness evidence to the assignment and lending issues. The Claimants’ solicitors and counsel were, as is the usual practice in the TCC, asked to prepare a draft order for agreement with the Defendant’s legal team.

In his judgment, the Judge described what happened thereafter as being in his experience “unique”. Three days after the hearing, the Defendant was provided with a draft order that “bore no relation” to what the court had directed. In effect the draft order provided for disclosure, exchange of witness evidence and expert evidence on all issues, as opposed to the Judge’s more limited directions concerning the lending and assignment issues. Not surprisingly the Defendant was unable to agree the Claimants’ draft order and therefore provided its own version. The Claimants’ lawyers responded by returning the Defendant’s draft with extensive amendments, which were in turn unacceptable to the Defendant’s legal team.

Mr Justice Edwards-Stuart noted that if a party was charged with drawing up an order, it was the duty of its solicitors and counsel to produce a draft that “fairly reflects what they think the judge decided or directed…” What the Claimants’ solicitors had done in the instant case was produce an order that reflected the directions that they or their clients would like to have had, but not what the court ordered. This was, in the Judge’s view, “wholly unacceptable…. [and] not just unreasonable… [but] verging on the contumelious…” In making a costs order against the Claimants’ solicitors, the Judge stated that solicitors and counsel “had to give effect to court orders…. They [were] not to attempt to manipulate them to their own or their client’s perceived advantage…”

On a practical note, the Judge observed that where parties cannot agree precisely on what the judge directed (or intended to direct), the point or points in issue are usually raised with the court in correspondence and resolved by the judge without a further hearing. Further it is always open to a party unhappy with a draft to apply for either a variation of the order (under the provision giving permission to restore) or permission to appeal.