The claimant company (“JGPL”) in John Grimes Partnership Ltd v Gubbins [2013] EWCA Civ 37 provided consulting engineering services. It was engaged by Mr Gubbins, a farmer and property developer, to design a road and drainage scheme for his residential development and to obtain the necessary statutory approval by March 2007.  JGPL failed to complete its work by the agreed deadline and Mr Gubbins was ultimately forced to instruct alternative engineers. The necessary approval was only obtained in June 2008, approximately 15months late and in the meantime the value of the development declined by about 14%. 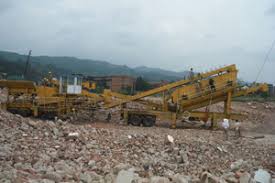 JGPL brought a claim for unpaid fees against Mr Gubbins. Mr Gubbins counterclaimed for his losses suffered as a result of a decline in the development’s market value. In the county court, the judge held that the 15months delay was caused by JGPL’s breach of contract and Mr Gubbins was entitled to damages to be assessed in respect of his losses associated with the decline in the market over the period of delay. JGPL appealed.

The Court of Appeal dismissed JGPL’s appeal. The court considered that the only live issue was whether Mr Gubbins’ loss was too remote and that this issue fell to be determined by reference to well-established authority, including Hadley v Baxendale and The Heron II. Thus, “…if the type or kind of loss was, at the time of contract, reasonably foreseeable, by the defendant as not unlikely to result from his breach (had he contemplated a breach), then such a type or kind of loss is not too remote…” (per Sir David Keene at paragraph 17). The court recognised that an exception to the usual Hadley v Baxendale approach is where on examination of the contract and commercial background, the court considers that the standard approach would not reflect the expectation or intention reasonably imputed to the parties.

The county court judge had found both that JGPL knew that the property market could go up and down and that this was not one of those unusual cases falling outside the standard approach. It is perhaps not surprising that the Court of Appeal therefore considered that Mr Gubbins’ counterclaim was recoverable. The fact that JGPL had no control over the property market did not, in the Court of Appeal’s view, take the case outside the standard Hadley v Baxendale approach. Furthermore it regarded the SAAMCO decision as providing little guidance in the present situation because it was not a delay case but one where the breach of contract was the giving of a negligently high valuation.

In the light of this decision, consulting engineers engaged in similar circumstances would be well-advised to check the precise terms of their engagement letters!