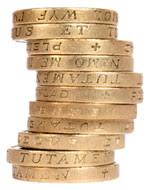 In Boyle v Thompsons Solicitors [2012] EWHC 36 (QB) Mr Justice Coulson considered the scope of a solicitor’s duty in resolving conflicts of expert medical evidence. The claimant (“Mrs B”) claimed damages from the defendant solicitors (“the Solicitors”) for their allegedly negligent conduct of her compensation claim to the Criminal Injuries Compensation Authority (“CICA”).

The CICA claim related to injuries sustained as a result of an assault on Mrs B by her former partner in November 2001. Mrs B applied to the CICA for compensation and in 2003 it made a final award of £5,150. This figure proved to be unacceptable to Mrs B and she instructed the Solicitors to lodge an appeal on her behalf. By the time of the appeal hearing in 2006, Mrs B had taken early retirement on medical grounds. The principal issues in the appeal became the extent to which her PTSD was permanent (which meant she could never work again) and whether the PTSD was solely due to the November 2001 assault.

The appeal was not straightforward because the medical evidence was contradictory. There was evidence from Dr T, Mrs B’s treating psychiatrist, to the effect that the PTSD was permanent and was solely caused by the November 2001 assault. However there was also evidence from an independent psychologist, M suggesting that the PTSD was not permanent and could not be solely attributed to the assault. Furthermore Mrs B had been the victim of a number of assaults, of which only the November 2001 passed the CICA threshold test and thus qualified for compensation. In addition Mrs B had a history of depression.

The CICA Panel rejected Mrs B’s appeal, deciding (amongst other matters) that the cause of Mrs B’s PTSD was multi-factorial, that the PTSD was not permanent and that it was not the cause of her retirement.

Mrs B sued the Solicitors. Notwithstanding that the Solicitors had asked M, the psychologist, to reconsider her opinions in the light of Dr T’s views, Mrs B argued in effect that they should have made further approaches to M, the psychologist, in an attempt to “beef up” her evidence in relation to the permanent nature of the PTSD and its causation.

In finding that the solicitors were not negligent, Mr Justice Coulson noted an important feature of the CICA scheme, namely that applicants were required to disclose all medical reports obtained. He considered that the solicitors had acted appropriately in asking M to reconsider her views in the light of Dr T’s evidence. It was an unrealistic criticism of the solicitors that they should have done something more about the difference in views between M and Dr T. It was not for the solicitors to “manipulate the evidence of the independent expert, particularly in a CICA claim..” where all reports had to be disclosed to the Panel. In the circumstances the solicitors did all that they reasonably could and Mrs B’s claim was dismissed.

As a postscript, the judgment also contains an useful analysis of quantum, where the underlying action concerns a CICA claim.